Best Things to Do in San Francisco

San Francisco is located in the center of the Bay Area, making it the prime spot for leisure in the Bay. San Francisco is famous for its rich history , as well as its restaurants and niche districts, each boasting with personality. Let’s explore the best activities and places San Francisco has to offer.

If you’ve never been in San Francisco, the city has plenty of travel gems. The easiest way to see the city is to hop on an iconic Cable Car. Allow the ride to take you while blending in with the locals. cable cars are an icon of tourist attractions and have been part of many movies depicting the city. However, many locals use the cable cars as part of the MUNI system. This is a fun way to explore the city life, especially if you plan to make San Francisco your home.

As a tourist, the cable cars may be your best way to tour and see San Francisco. They’re also a great way to get to another iconic scenic spot: Fisherman’s Wharf.

At this city corner you find iconic places such as Madame Tussauds, Houdini’s Magic Shop, and Aquarium of the Bay. Feeling hungry while touring around? The best spot for food in this area is The Crab House. Now, if you’re into fast-food delights, In N’ Out is also here.

Another amazing attraction here is the local sea lions. Since Fisherman’s Wharf sits comfortably in a pier with limited boat traffic, many sea lions enjoy chilling here. Do you enjoy watching wild animals at a safe distance? Fisherman’s Wharf is the perfect spot to do so. Keep noted that at Fisherman’s Wharf you should pay attention where you’re walking, or you might get spooked by the tree that moves!

Finally, to complete the round of must-sees for tourists, San Francisco’s Golden Gate Bridge. You can easily hop on a cable car and head over to the notorious bridge. You can also Uber, rent a scooter, or bike there from anywhere in the city. Once there you can walk across the Golden Gate Bridge, or stand in awe by its beautiful architecture. Remember to bring a jacket because Karl the Fog is habitual in this part of the city!

Where is San Francisco’s Hippie Culture?

If you’ve ever seen movies depicting San Francisco, a common theme depicting the city is the hippie and psychedelic culture. Although mellowed out, the aesthetics of the 60s and 70s are still alive in San Francisco. In fact, you can still feel the spirit of the “Flower Children” of the era in the art, parks, and shops of the area.

Looking to dip your feet in the past and experience the hippie era? Haigh-Ashbury is where you should go. In this area of San Francisco, shops depicting the colorful tie-dye aesthetic of the hippie culture decorate the sides of the streets. June is the best time to visit this timeless area in order to experience the culture of the Flower Children.” During this time, a non-profit organization throws the Haight-Ashbury Street Fair, as a way to preserve the culture and unique history of this area.

Buena Vista Park is another part of this district that is worth exploring. This park is unique for being the oldest park in San Francisco as well as sitting atop a hill. By sitting on high ground, you can easily look out unto the city and enjoy the skyline. You can also enjoy a quiet stroll or set up a blanket and bask in the peaceful vibes.

Another must-see in this district is Amoeba Music. This music store owned by the indie music chain of the same name has a distinct personality. Partly influenced by the counterculture move distinct from this area, this shop holds something for everyone. Amoeba Music bridges the divide between music fans and musicians.

After walking around this area, you can be sure to be hungry. Luckily, the Haight-Ashbury has some unique and delicious bars, cafes, and restaurants. All of which hold some inspiration or remnant of the hippie era counterculture. Some of the best places to visit are Coffee to the People, Kezar Pub, and Alembic. Check them out, and eat some great food with an amazing ambiance.

Where Can You Have the Best Happy Hour in San Francisco?

One of the liveliest spots in San Francisco is The Castro. Not only is it full of life, but it also has some of the most colorful shows, bars, and overall style. The Castro is also unmistakable, from the rainbow flags, to the proud way in which people show their personality. This district is highly attractive due its vibrant personality.

Some of the best places to visit in this corner of the city include Castro Theater. This theater is the last remaining movie palace of the city. While it shows many of the new and popular flicks, it’s a treat when it shows some of their classics. Some of its more iconic showings include weird and obscure films. It also hosts some of San Francisco’s best film festivals. Finally, it also holds some interactive showings, including musicals and filmmaker showings (complete with Q&A’s).

The Castro is the center of secondhand shops, perfect for those who like to mix and match new and old pieces. Along with these shops, The Castro also has scenic sights. These include the Seward Street Slides which is notable for being a park that the residents had an artistic say in. For Christmas lovers, Tom & Jerry’s House is the spot to visit and welcome the holiday festivities.

However, one of the most exciting parts of this area is the bar hoping scene. Each bar has its own personality and they often hold shows. Some of the most popular shows are Drag Queen shows, that sometimes include Drag Queens that have participated in RuPaul’s Drag Race. One particular bar with shows is Midnight Sun. There is a bar vibe for everyone. HiTops is a bar that is catered towards sports fans. For those looking for a different ambiance experience, Moby Dick will blow you away with its saltwater fish tank that serves as a roof. You can easily walk along the streets of The Castro and find a bar to your liking, each with great happy hour deals!

Just a short walk away from The Castro, you can find Dolores Park. Dolores Park sits comfortably in the middle of The Castro and Mission District. The Mission feels like home for most Latin Americans. This area holds much of the Latin American culture and is inviting to those who know nothing about it.

Dolores Park is one of the best hangout spots for young people. Here, hard rules seize to exist and provide a relaxed area to hang out with friends and dogs alike. Street vendors walk around the park offering anything from popsicles to brownies to drinks. This is the perfect embodiment of the American Dream that many families in the Mission embody. The vendors at Dolores Park are full of innovation and provide a never ending influx of goodies for everyone.

The Mission District, as mentioned above, is representative of many Latin American cultures. Here you can see the distinct lifestyle, food, and vibrance representative of all of our southern neighbors. Some of the best Latin American food in the city is here, usually under nondescript hole-in-the-wall restaurants. We invite you to walk around and explore one of these restaurants and be delighted by the food.

Something you should not miss while in this area is the Mission District Street Art. Between 17th and 24th street, there are stunning murals throughout the alleys and smaller streets. Walk around and discover many spots boasting the artist's vibrance in this area. This is a prime area for creative photoshoots as well as outdoor museum experiences.

Walking by the streets, you feel as though you’ve stepped into a different city altogether. There are markets full of distinct fruits and vegetables. Clothing shops decorate the streets with color. Probably the most inviting feature of Chinatown is the ever present smell of delicious ethnic food.

A notable place to get Dim Sum is Good Mong Kok Bakery. Walking around Chinatown you won’t be able to miss it, as there is always a line of people waiting to get their Dim Sum. Although the wait is sometimes long, it is absolutely worth it.

Another area of the city that has a taste of Asia, is Japantown. Smaller than Chinatown, Japantown holds plenty of restaurants and dessert shops that stay true to the flavors of Japan. Search for mochi doughnuts in the city? Japantown is your place to go. It also has great ethnic markets and Japanese architecture for everyone to enjoy.

Carving an outdoor adventure while staying in the city? San Francisco has some of the best hiking spots inside the city.

Want to glance at the city from a throne? Twin Peaks is an excellent hike. Sitting at 922 feet, the grassy trails will take you well above San Francisco, providing a breath-taking view. However, because of the altitude, the area is quite windy and chilly, remember to bring a coat!

Another great place for a short hike within the city is the area surrounding Coit Tower. This scenic area sits comfortable at the northeast corner of San Francisco, high atop Telegraph Hill which is a comfortable 275 feet. From here you can view the city, hills, bay and bridges from above.

Don’t just take our word for it, check out San Francisco’s gems year round. If you’re looking to experience the city for an extended period of time, we invite you to learn more about coliving. Coliving in San Francisco is a unique way of city living, check out Tribe Coliving for reviews or schedule a virtual tour today!

How Co-living Housing is Different from Hostels

Where Do Young Adults Live in San Francisco? Top 10 Neighborhoods 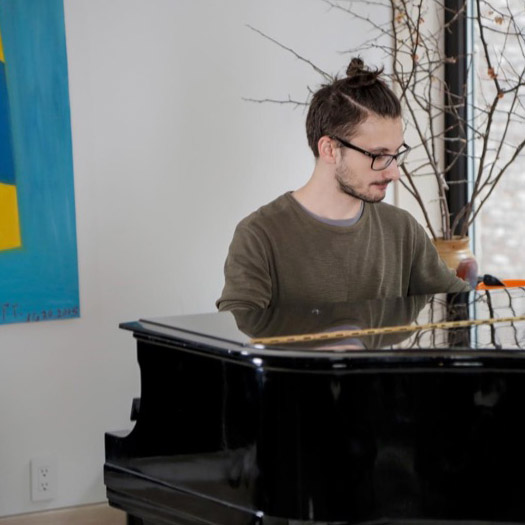 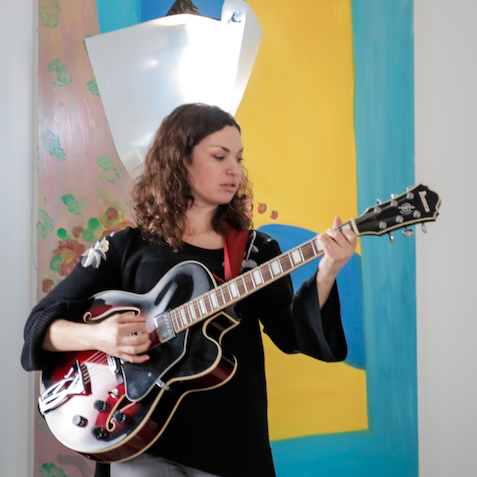 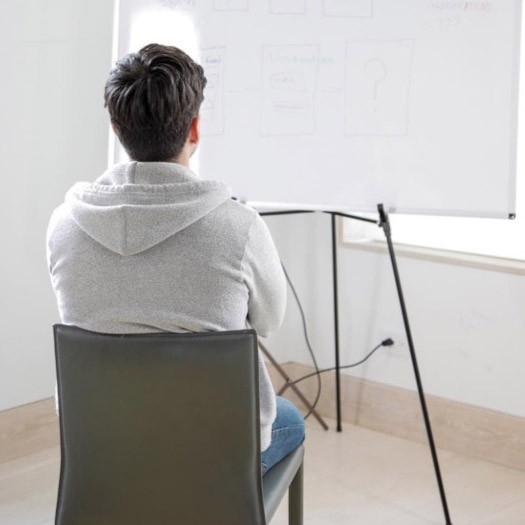 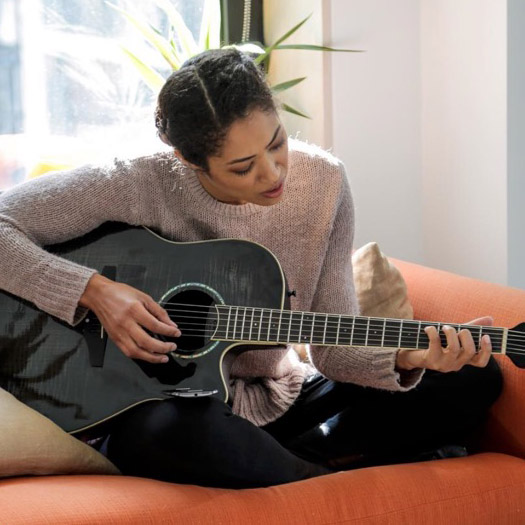